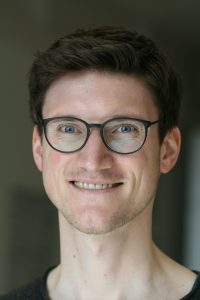 Baseflow is typically defined as flow that comes from delayed sources and thus sustains streamflow during dry periods. Baseflow is both an important water resource and an important aspect of catchment functioning, and thus a key element of hydrological theory.  Yet we still lack a thorough understanding of how climate and landscape properties control baseflow generation. This thesis investigates baseflow generation at the catchment scale through comparative hydrology, in catchments that are mostly free from human impacts. The thesis is centred around three inter-related aspects: (1) the quantification of baseflow through hydrological signatures, (2) the exploration of climate and landscape attributes that control baseflow generation, and (3) the search for simple models that adequately simulate baseflow. First, we show that mean annual baseflow is controlled both by climate aridity and by catchment storage capacity. In humid catchments, baseflow is limited by a catchment’s storage capacity, while in arid catchments, baseflow is limited by high amounts of evapotranspiration. Second, we show how the seasonal translation of climatic forcing into streamflow can be used to define signatures of catchment response that complement typically used baseflow signatures. We show that these signatures vary systematically with climate and landscape attributes, and we use them in a model evaluation experiment. Third, we show that typically used (subsurface) catchment attributes lack hydrologically relevant information, but that region-specific knowledge can improve baseflow signature predictions. We also show that multiple baseflow signatures are needed to better distinguish between different baseflow sources. Finally, we discuss overarching questions and future research needs that we ultimately need to address to advance baseflow hydrology, particularly if we want to predict baseflow under change. Overall, this thesis advances our knowledge in relation to all three above-mentioned aspects and thereby improves our understanding of baseflow generation at the catchment scale.