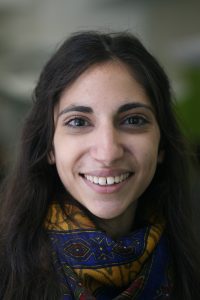 Accurate prediction of storm winds, and so on storm waves, is one of the most challenging areas in weather forecast. This is due to the large spatial scales to be considered, but also due to the strong interaction between wind and waves generated by forcing – wind (Hristov et al., 2003). Even though, it is well known that the atmosphere and the ocean are coupled the question of how these two interact, still consists significant uncertainties. The limitation of the air-sea interaction reduces the predictive power of the climate, weather and ocean models. These uncertainties concern the physical processes that are important for coupling the atmosphere through the transfer of momentum, heat and moisture across the air-sea interface (Bao et al., 2000). The non-linearity of the wave-induced surface friction can affect both the wind distribution near the sea surface and the surface waves generated by winds. Models of climate as well as weather and wave forecasting relay on current knowledge on the air-sea fluxes as boundary conditions on the ocean – atmosphere interface (Zou et al., 2013). The main objectives and aims of this study are:

Nefeli will complete her research with Cardiff University looking at the modelling of wind-wave interaction under extreme conditions. She obtained a BSc in Geography from the Harokopio University of Athens (2013), with a dissertation project focused on severe weather phenomena over the Greek seas. After her undergraduate studies she continued her MSc course at Harokopio University in Applied Geography and Spatial Planning: Geoinformatics (2017), where her research topic was focused on the ‘Simulation of the Saharan dust advection towards the Mediterranean: Region of Interest Cyprus’. In December 2017 she graduated from her second MSc in Applied Meteorology at University of Reading. Her research topic was ‘The Role of Ocean Wave Coupling Simulations of an Extratropical Cyclone.’

During the last term of her BSc Nefeli completed an internship at the Hellenic Centre for Marine Research, where she used statistics tools to analyse weather data, focusing on wind wave data. During her master at Harokopio, Nefeli worked in an internship at Cyprus Institute, on forecasts with the WRF-Chem model.