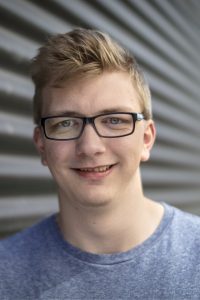 Employer: University of the West of England (UWE)

Prior to joining WISE Andy graduated from the University of Plymouth with a 1st class honours degree in computer science. During his degree he gained a large variety of experience in both computational neuroscience and machine learning which he then applied to a complex mathematical problem for his final year project which was titled “ Genetic Optimisations for Satisfiability and Ramsey Theory”. During and after his degree Andy held multiple different software engineering positions at both the British Computer Society and HM Land Registry where he was tasked with designing, developing and managing enterprise scale software and infrastructure. During this time he also concentrated his efforts in big data analytics and modelling, revolutionising several out-dated processes.

Andy’s WISE PhD project focused on drawing a link between atmospheric trajectory patterns and extreme hydrological events such as extreme rainfall or river flow. His work investigated the link to atmospheric rivers and the development of a classification scheme to identify key extreme-event causing moisture pathways using self-organising. His main focus was the development and design of unsupervised classification methods to identify these key moisture pathways for the UK.

Andy passed his PhD viva in January 2022.  On completing his WISE CDT studentship he initially worked for the Ministry of Defence as a Machine Learning Engineer.  He is currently a Lecturer in Computer Science at the University of the West of England (UWE).