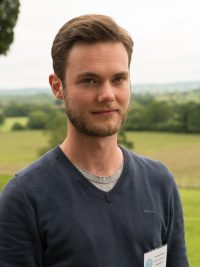 Wouter’s research uses large datasets and extensive computer sampling to investigate several integral assumptions of hydrological research. His work covers both understanding of the natural world and improving our ability to abstractly think about the natural world through the use of computer models. One of the main drivers of hydrology is the climate: the interplay between water (precipitation) and energy (temperature, evaporation) availability has a strong influence on river flow. Recently, Wouter has investigated the seasonal patterns in rainfall and the connection between climatic patterns and flow regimes, both on a global scale. The findings of these studies contribute to greater understanding of the natural world, and will play an important role in addressing various challenges, such as the so-called “prediction in ungauged basins” problem: estimating the amount of river flow and thus water availability for locations where measurements are scarce or non-existent. These locations are plentiful across the world, especially in developing countries where accurate estimates of water availability can be critical. Wouter’s future work is in co-operation with the University of Melbourne and deals with our ability to model hydrological processes that occur in the landscape. Hydrological modelling is an active but fragmented field, which has resulted in an abundance of available models of various types. His work involves a large-scale comparison of available models of the lumped conceptual type, which investigates the inner workings of these models and whether general lessons can be learned about which of these models work where and why. The results of this study have the potential to influence hydrological modelling philosophy and can be of practical use for many researchers working on hydrological problems.

Before starting work towards a PhD at the University of Bristol, Wouter obtained a BSc in Civil Engineering and an MSc in Water Engineering & Management from the University of Twente, Netherlands. Both his Bachelor’s and Master’s thesis have been well-received, the first being in co-operation with the Dutch engineering consultancy firm HKV Lijn in Water (flood safety of the Dutch river delta) and the second in co-operation with the Polish Institute of Geophysics (making a hydrological model climate-change proof). He has been active as a student representative within the WISE programme and for the American Geophysical Union, Hydrology Section Student Subcommittee. Wouter’s work has been presented on various global conferences and he has been actively involved in organizing sessions and workshops during these conferences. Wouter has worked several years as a waiter and briefly as a data specialist for a yoghurt factory. He likes free yoghurt, board games, sports and cooking. He dislikes disorganized travel and Brussels sprouts.