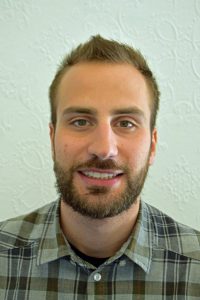 Roberto joined the WISE CDT PhD programme in 2018 and is now based at University of Bristol. His research currently focuses on characterising the spatial and temporal distributions of rainfall events. Eventually this will be useful to link flood frequency with precipitation characteristics ion ungauged catchments.

Roberto graduated in early 2018 with a Master’s degree in Environmental Engineering from University of Bologna. His thesis project compared the performance of two different rainfall-runoff models over a large set of Austrian catchments, with a particular focus on the optimization algorithms used to perform the calibration procedure.

During his studies he also spent an exchange semester at Uppsala University in Sweden, where he took courses on surface and groundwater hydrology. Beside the valuable insight and knowledge gained abroad, this experience ultimately encouraged him to pursue further research in the themes of water engineering and hydrological modelling.

Roberto received previously a Bachelor’s degree in Environmental Engineering in 2015 from University of Trento.