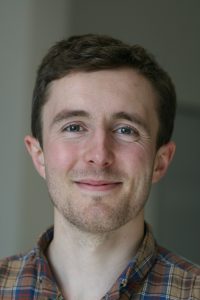 Charles is a PhD student in the Civil Engineering department at the University of Bristol. Prior to joining the WISE CDT programme, he completed an MSc in Hydrology and Water Resources at Imperial College London and a BEng in Civil and Environmental Engineering at Cardiff University.

Large-scale hydrological models are now used regularly to address issues related to the potential change of water availability given climate and other global environmental change. Despite their increasing use, these models are generally based on strongly simplified representations of natural processes, which often do not represent key features of real systems that might influence how change will manifest itself in hydrological variables, such as soil moisture or groundwater availability. Where modellers have tried to include more realistic representations, then it usually came at the cost of heavily over-parameterized models. The current situation limits our ability to investigate how climate change will impact future water availability, especially in data poor regions of the world where such impacts will be most critical. Charles is interested in learning how we can more realistically (and parameter efficiently) represent groundwater fluxes in large-scale hydrological models. Potential groundwater utilization is still under-explored and we need better tools to assess its potential (Gleeson et al., 2015, Nature Geoscience). He is looking to investigate different options to represent groundwater connected to existing land surface schemes (such as NOAH) and test it in the context of water resources management in developing countries.