The Partnership for Research in Marine Renewable Energy (PRIMaRE) is a consortium of marine renewable energy experts across higher education, research and industry which have joined together to establish a ‘network of excellence’ centred in the south of the UK.

Read on to hear Santiago M Lopez‘s experience of the 2019 PRIMaRE Summer School. 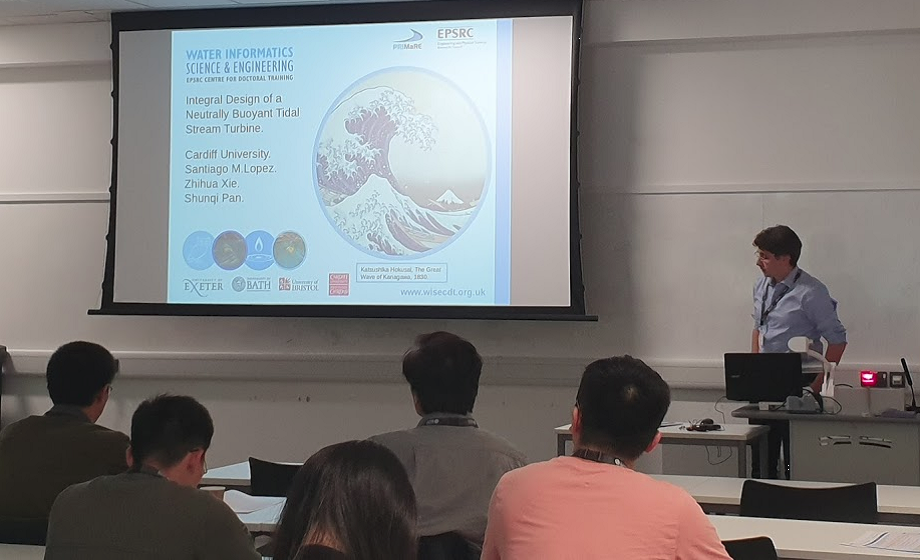 PRIMaRE organises an annual summer school, which aims to:

The 2019 summer school took place at the universities of Bristol and Bath from 9th-13th September.

“The 2nd PRIMaRE Summer School was one of the best events this year for young researchers seeking to contribute to the marine renewable energy and offshore sector.  A key strength of PRIMaRE is that it brings together technicians and designers from companies, academic researchers, shareholders and lawmakers.  The overall goal of the 2019 summer school was to promote the transfer of knowhow and multiple perspectives of feasibility through a series of talks and a competition where participants could pitch their ideas to make possible extracting energy from the sea, mainly deploying farms of offshore wind turbines, wave and tidal-stream energy converters.

The 2019 summer school was a 4-day event organised by the universities of Bristol and Bath, both part of PRIMaRE, a consortium of key national supply chain companies and academic research centres working to make marine renewable energy a reality.  During my short time at Bristol, I realised the effort being made there for elaborating soil models of the seabed to study the grappling power of anchors attached to the mooring lines of floating wind turbines and make the mooring systems more reliable.  At the University of Bath I was introduced to the PIC code for doing simulations and how power take-off systems of wave energy converters are designed and tested.

The series of talks were focused on describing the processes that influence power generation and conveying it to the electrical grid.  For example, a representative of the design company behind the ATLANTIS tidal turbine explained considerations of reliably generating electricity efficiently and the implications for maintenance costs.  Other fascinating lectures covered numerical simulations for studying the performance and survivability capabilities of marine energy devices and experiments carried out in The European Marine Energy Centre (EMEC) in the Orkney Islands to study how tidal-stream turbines and fixed offshore wind turbines have changed certain behaviour patterns of fish and the seals preying on them.

In this year’s competition, participants proposed new ideas and designs aiming to bring down the Levelized Cost of Electricity (LCOE), a figure that expresses how much money it takes to produce electricity. The winners were proposals for device installation strategies for reducing the CAPEX (the capital cost, including design, installation and decommissioning expenses) and how machine learning and big data can decrease the OPEX (operating expenditure – in other words, the maintenance bill that the electric company has to pay through the life cycle of the energy device).

All in all, the 2019 PRIMaRE summer school underlined that fixed offshore wind turbine technology is doing well, but more progress has to be made as far as floating devices are concerned.  The latest economic figures from the sector show that the LCOE for fixed offshore wind turbines is 75 GBP per MW generated which is very close to the 50 GBP / MW reported by the operators of nuclear power-plants.  Unfortunately, both floating and fixed tidal-stream turbines and wave energy devices are nowhere near that level of performance.  So far the combined power output of the tidal-stream turbines installed produce 10 MW and the associated cost is around 300 GBP/MW.  The good news is that if globally nations start implementing these kind of technologies until reaching 200 MW of installed power, the current cost will drop by half and it is predicted that once the 1GW milestone is achieved the LCOE  would be less than 100 GBP/MW.  The same conclusion can be applied to floating wind turbines and wave energy devices, as the LCOE decreases with the more units installed.” 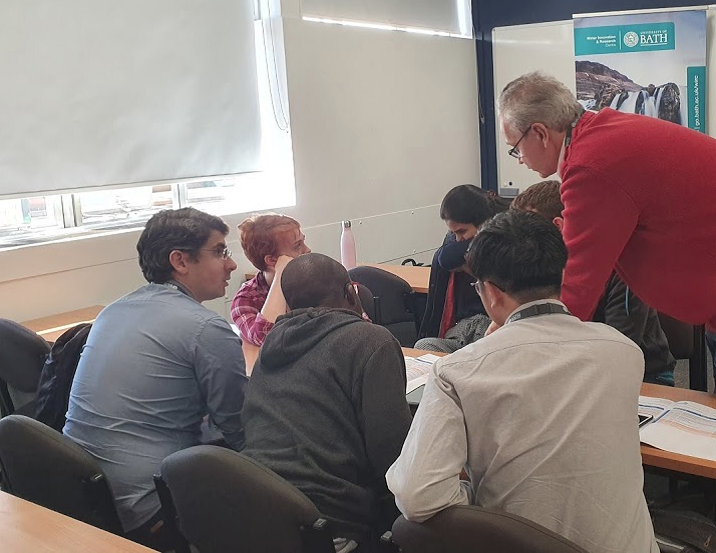