‘A few days after the Gordon Research Conference (GRC) on catchment science, we were sitting in a coffee shop on the MIT Campus reflecting on all the great ideas and impressions from the conference.

The GRC is a rather small conference with a special atmosphere. It takes place every two years. Whilst the overall structure is set, the scientific programme with by-invitation-only speakers is organised by the conference chairs. This year it was chaired by Nicholas Howden from the University of Bristol, Sebastian’s supervisor. With about 140 attendees it is perfect for networking, discussions and socialising. Someone once described it as a summer camp for scientists. Whether that’s accurate or not, it’s definitely a great opportunity for new ideas and collaborations.

The seminar was followed by the actual conference. The conference included off-the-record presentations and posters, many of which presented unpublished and potentially ground-breaking ideas. In particular, Ross Woods (a WISE CDT Co-Investigator and supervisor of both of us) presented his work on global classification of the hydrologic cycle (which is usually depicted wrongly, see https://www.nature.com/articles/s41561-019-0374-y).

Due to the informal nature of the conference it is easy to get to know and talk to both early-career and late-career scientists. It gave us the chance to continue existing collaborations (e.g. EGU session, see https://meetingorganizer.copernicus.org/EGU2019/picos/31717), talk about potential new collaborations and to initiate a potential research visit.

We met old friends and also made new some ones. Some of our new friends (Jenny Bower, University of Vermont and Amanda Pennino, Virginia Tech) thankfully showed us around Hubbard Brook and the White Mountain National Forest. They are both currently conducting field studies in the nearby Hubbard Brook experimental catchment, which is “one of the longest running and most comprehensive ecosystem studies in the world” (https://hubbardbrook.org/). Visiting this famous field study site led to a great after-conference-holiday with a hydrological garnish.

We finished off our trip with a few days in Boston (that’s why we were at MIT) before going back to Bristol. All in all, the conference (and the week after) was an amazing experience and Lina will definitely go again- she was elected as GRS chair for next time!’ 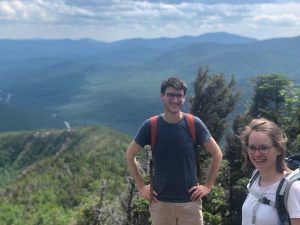 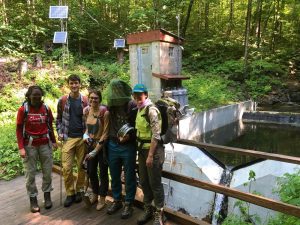